Thoughts on the Publishing Process; an article written by C.M McGuire

Thoughts on the Publishing Process; an article written by C.M McGuire

This year has been challenging for all of us and I can't believe it is almost over! (finallyyyy) Before the New Year begins, I would love to share with...

“A missing girl on a journey of revenge. A Serial―like podcast following the clues she’s left behind. And an ending you won’t be able to stop talking about.
Sadie hasn’t had an easy life. Growing up on her own, she’s been raising her sister Mattie in an isolated small town, trying her best to provide a normal life and keep their heads above water.
But when Mattie is found dead, Sadie’s entire world crumbles. After a somewhat botched police investigation, Sadie is determined to bring her sister’s killer to justice and hits the road following a few meager clues to find him.
When West McCray―a radio personality working on a segment about small, forgotten towns in America―overhears Sadie’s story at a local gas station, he becomes obsessed with finding the missing girl. He starts his own podcast as he tracks Sadie’s journey, trying to figure out what happened, hoping to find her before it’s too late.
Courtney Summers has written the breakout book of her career. Sadie is propulsive and harrowing and will keep you riveted until the last page”.

Why did I read this book?

I have been following @wednesdaybooks (their Instagram account) for years now and ever since Sadie was published I have been meaning to read it.

So… why wait so long?

Well, I don’t know if this happens to you, but when I put a book on my TBR, it is usually the last one that I add, the one that I read first (I know, it doesn’t make any sense, but now it’s an involuntary thing that I do all the time).

So yeah, one day I was just going through my TBR, and randomly decided to read Sadie. I would’ve loved to have read it when it was first published in 2018 BUT now I’m just so glad it didn’t end up in my DNF shelf.

It was a quick read, I loved the characters, the format, and towards the end, I just couldn’t put it down.

There were so many things going on, but it wasn’t complicated to follow along. Also, this is the first book that I have ever read from Courtney Summers so I didn’t know what to expect.

The way that the story is told, from a podcast + Sadie’s POV, makes it very entertaining to follow along.

The podcast is such a creative way to introduce different characters and get to know their different POVs without having to dedicate a whole chapter to their feelings and perspectives.

There are some books that have A LOT of POVs and the thing with this is:

sometimes some of those POVs are just not that interesting to read at all. Especially when each chapter starts with a POV from a different character.

In Sadie, there is not a single chapter that starts with “Radio Personality”. Well, it kind of does but not really. I mean, this is why the podcast format is so perfect to introduce secondary characters and their POVs.

There are enough details to understand what’s going on without them being too “explicit”. I really appreciate this since I personally don’t like it when a traumatic event or disturbing situation is described with SO much detail.

Through the first few chapters the timeline was soooo confusing. Of course, it all made sense when I kept on reading. Also, I had and still have a love-hate feeling towards the ending. I was just waiting for THAT scene. If you haven’t read Sadie, you will know what I’m talking about once you finish reading the book.

Being Saide’s age when she was telling her side of the story made me connect with her on a much deeper level. There were even some parts while reading when I just started thinking about what I would’ve done in her place.

ALL of the characters that are present or that at least appear in just one chapter have a personality. AND their OWN VOICE. Yes, ALL OF THEM. Let me tell you that one of those characters (from those small appearances) is one of my favorites.

I would totally recommend Sadie if you’re looking for a thriller with an unconventional timeline and format. It is just one of those books where you desperately have the urge to tell the characters something they don’t already know. AND there is a lot of showing rather than telling.

Have you read Sadie?

Any other thriller recommendations that I should read?

The Storyteller’s Daughter: a retelling about Rumpelstiltskin

“Heartless” by Marissa Meyer: a retelling about the Queen of Hearts

Again, but Better: 10 Things No One Tells You About Studying Abroad

stay up to date with the latest posts! 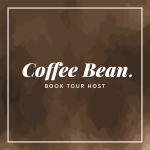